Going Prakriti is a holistic health and well-being practice. It is built on the knowledge discovered by Robin Sharma; the 4 Interior Empires of Personal Growth & History Makers. Namely Mindset, Heartset, Healthset & Soulset.

Prakriti is a Sanskrit word which implies nature and one’s natural state. Going, on the other hand, is an action word. Together, Going Prakriti signifies one to be in a continuous motion in seeking a holistic awareness of oneself through the 4 Interior Empires.

Going Prakriti’s vision is to establish frequencies (sound) and nature (wilderness) as medicine in treating illnesses and mental health issues, and to inspire and empower individuals to attain their highest potential. 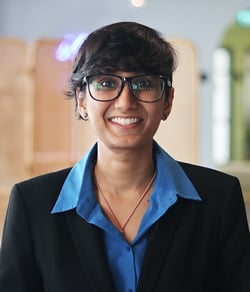 Kaka completed her Bachelor's in science (Psychology) but due to various reasons, was unable to continue my Honours Degree. Merely having a bachelor’s in psychology was useless as most organizations were looking for at least an honours degree.

Being unemployed for months and eventually a few years affected my state of being in many ways. What seemed to be a downhill was a path that led me to where I am today.

The bubble Kaka was living in, burst when she found out that a loved one was diagnosed with mental illness. She witnessed how medicine deteriorated her in totality, had many realisations, and began questioning life, death, duality, happiness, money, purpose, goals, and everything. The question she kept asking herself was “who am I if I were to strip myself of my name, gender, race, nationality, personality, etc?”. She left her job and flew to Europe and through experiences in Europe, realized that everything is energy and frequency.

She researched topics such as consciousness, energy, quantum physics, frequency and sound and thought to herself, “if everything in the world is nothing but merely an energy vibrating at a specific frequency, then healing diseases and mental illness by sound would be possible.” She began to focus on research for sound therapy and came across a quote by Albert Einstein that said, “frequencies will be the future medicine.”, implying that sound/frequency healing is not new knowledge that science is trying to prove today, but rather, existing ancient knowledge.

It was then that she wanted to play a role in establishing sound/frequency as medicine for illness and especially mental illness through research and practice. What happened to her friend continues to affect her till today and Kaka will always feel that if only she knew better then, she could have helped her friend better too.

Kaka was drawn to the Ancient Tibetan Singing Bowl and decided to learn it. Now, at Core Collective, she does her best to serve you with this Ancient bowl that is more than 80 years old.

Come and experience the physical, mental, emotional and spiritual benefits of this amazing being, the Ancient Tibetan Singing Bowl. 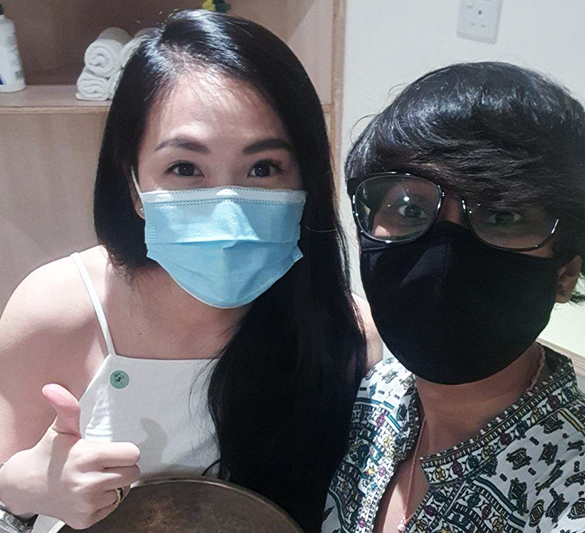 "Kaka was recommended by a friend and I was very enticed by his review of how Kaka could identify where his injuries were and help improve the condition.

I turned up 15 minutes late but Kaka was calm and patient and helped complete a thorough session. The session was deeply relaxing and I felt much lighter, relaxed and more energised after the session. I was also amazed that Kaka could even identify some mental stressors I hadn't told her about, and was able provide advice for me! 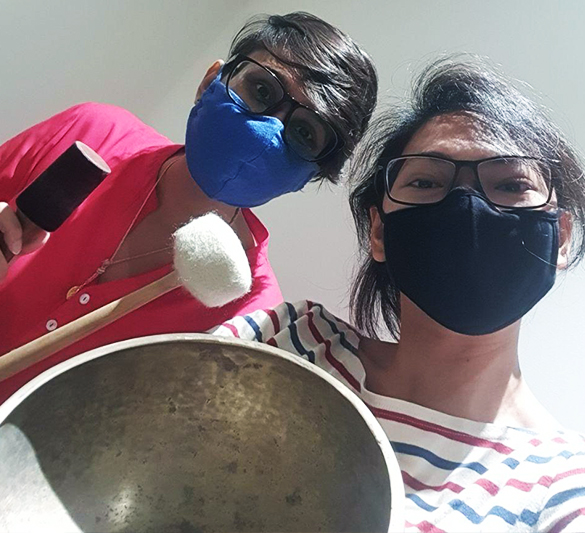 "I came to experience with a purpose to feel better, be at ease, quiet my mind, find clarity and focus. Sound therapy did silence everything else that was clouding my mind and showed me what I should focus on.

Kaka’s interpretation of what came about from the sound on my body was mind-blowing! I did not share much about the trauma from my accident I got into last year, but it was spot on.

Kaka gave me the affirmation that whatever I’m doing right now is only temporary gains and I have not really dealt with it the way it should be. I should face it with proper tools and guidance instead of being my own therapist all the time. Once and for all.

The whole experience gave me perspective and a realization which I really appreciate."